Keeping Synthetic Drugs Out of the Workplace 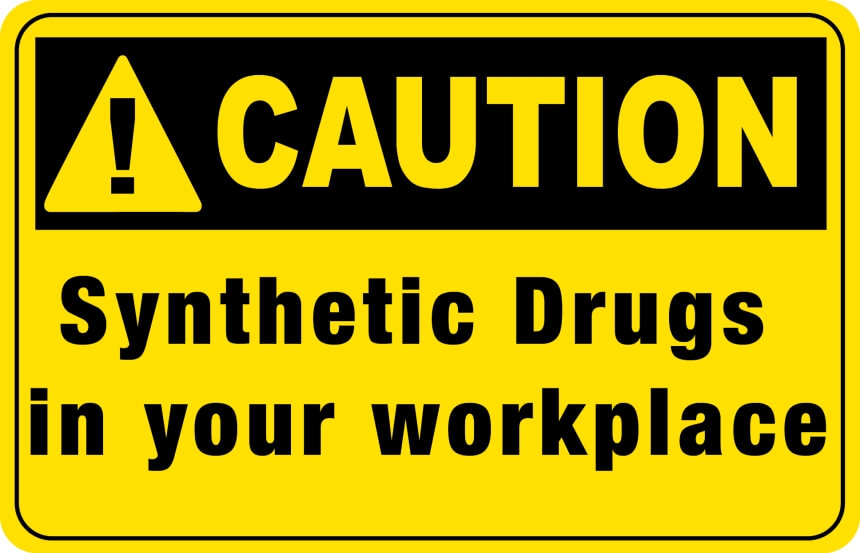 There was a young man named Henry Kwan who lived in Australia with his family. At 17 years old he could speak six languages fluently and talked about becoming a doctor or lawyer upon entering the university. Preparing for his final exams, he was worried about getting the highest grades possible and was feeling a high level of stress. When his mother and sister left the house, he was quietly studying at his desk. When they returned an hour later, he was agitated, started vomiting, had difficulty doing anything physical, and began rocking back-and-forth in a foetal position in front of the television. He suddenly decided he wanted to fly and so dived head first off the balcony, after a struggle in which his mother and sister tried to stop him by hanging on to his feet and arms.1

There is a good chance you have not heard of the substance that led to Henry’s behaviour and death. Apparently, young Henry had bought a synthetic drug from a fellow student because the student body was talking about how it could help with studying. There is a likelihood that Henry thought he was taking an herbal remedy to improve concentration, but instead he was taking 25l-NBOMe which is a synthetic drug. This particular substance was a hallucinogen that was determined to be 25 times more powerful than LSD. It is no wonder that Henry thought he could fly.

The drug that killed Henry is synthetic cannabis like Kronic (but it was chemically different). Synthetic drug use is growing as easy access to supplies grows. Synthetic drugs can be purchased online or over-the-counter at tobacco, sex and convenience shops. To address the problem, NSW temporarily banned the sale of 19 drugs to gain time and hopefully prevent more tragedies like the death of Henry. The new law bans the manufacturing, supplying and advertising of various synthetic drugs that are psychoactive. During the ban, the government is taking a couple of actions that will make the ban permanent. It plans on adding 40 substances to its Schedule 1 prohibited drugs and adopting a blanket ban on a class of drugs, which in this case is synthetic psychoactive drugs.2

There is a drug test that can detect synthetic cannabis made with MDVP or “bath salts”. However, employers are naturally concerned about all the other synthetic drugs flowing into Australia. What about those? If drug testing detects one designer drug, then what are they supposed to do about all the other drugs people seem intent on taking? Their concerns are valid, but drug users are not typically like Henry. For one thing, he had no history of drug abuse and was not chasing a new legal high. In fact, Henry believed in using natural herbs and not medicines.

Also, poly drug use is common among people who use any drug regularly. Methamphetamine users are documented as typical poly drug users. The poly drug users are prone to use alcohol as a way to control their “coming down” from a high induced by other drugs. The 2007 National Drug Strategy Household Survey reported that 87.3 percent of regular cannabis users also consumer alcohol; 23.8 percent also used meth and methamphetamines; 28.3 percent also used ecstasy; and 11.5 percent also used cocaine or crack cocaine. Why would there be any different assumption about polydrug use involving synthetic cannabis and illicit drug use? Therefore, random drug testing programs in the workplace that detects any of the illicit drugs will contribute to ending the use of synthetic drugs in the workplace also, even if the employer is unaware of the synthetic drug use because it is a currently undetectable designer substance. The influx of synthetic drugs makes an even stronger case for workplace drug testing.

What does Henry’s experience teach employers? It teaches them that sudden, inexplicable employee behaviours may indicate drug use and justify “for cause” drug testing. Henry’s situation also taught employers that employee drug education is critical because workers can get caught in the drug trap by taking substances they are not familiar with and were not prescribed. Finally, employers should educate workers on the procedure for reporting odd co-worker behaviours or indications of synthetic or illicit drugs in the workplace. What may seem harmless could cost someone serious injury or even death.

The synthetic drug manufacturers use exotic names for their products like “Dancing Flames”, “Northern Lights” or “Fire”. What they should have on the package is a skull and crossbones and the word “Death”. Increased use of synthetic drugs by the Australian population makes an even stronger case for drug and alcohol testing in the workplace. CMM Technology has a complete line of drug and alcohol testing supplies and equipment that simplifies the process of keeping drugs – all drugs – out of the workplace.