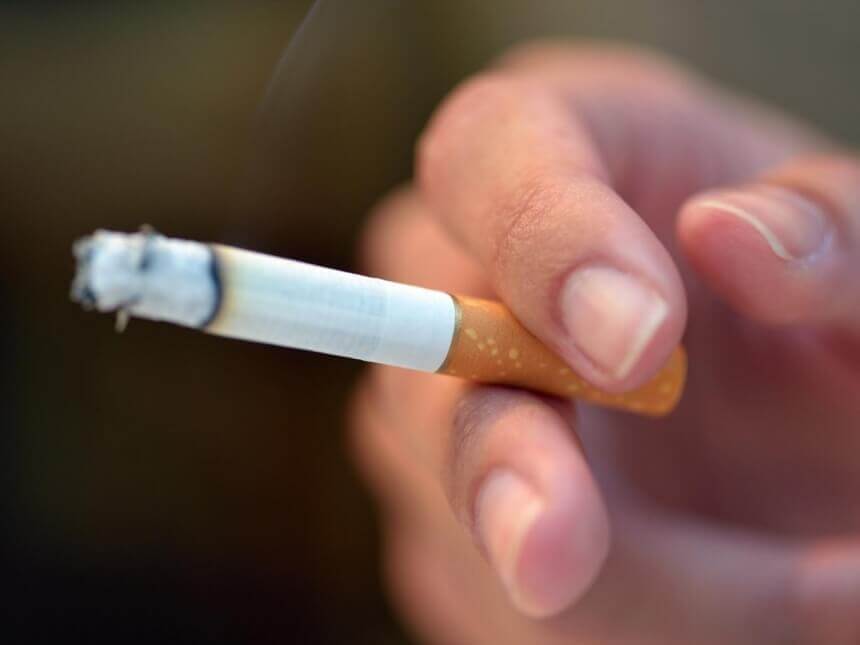 Description: Nicotine is a poisonous nitrogen-containing parasympathomimetic alkaloid found in tobacco plants which are members of the nightshade family (Solanaceae). After consumption, nicotine enters the blood and is metabolised in the liver to form the product cotinine.

Source: Nicotine is an element of the tobacco plants Nicotiana tabacum and Nicotiana rustica. Nicotine is also synthetically produced. After consumption, nicotine is metabolised as cotinine which is used as the biomarker during drug testing to detect tobacco use.

Psychological Effects: Nicotine rapidly enters the bloodstream and reaches the brain with enormous speed. In the brain, it stimulates the acetylcholine receptors (nAChR), leading to increased alertness, arousal, and cognitive functioning. It also increases the production of “feel good” neurotransmitters like epinephrine or adrenaline, norepinephrine, and dopamine. The feelings of pleasure and relaxation are short-lived which is why people quickly crave another dose of nicotine.

Nicotine is addictive. When someone stops using nicotine, he or she will experience a variety of psychological and physical symptoms. The psychological symptoms include moodiness, a sense of emptiness, difficulty concentrating, irritability, and anxiety.

Acute – People falsely believe that there are few, if any, short-term effects from nicotine, and that only long-term smokers should be concerned. In reality, there are immediate and rapid impacts from ingesting nicotine and the other chemicals normally used in tobacco products. One is that smokers have fewer dopamine receptors after a short-period of tobacco use, increasing cravings and the risk of addiction. The increase in dopamine mentioned earlier is short-lived.

The respiratory system from the nose to the lungs is immediately affected too. They include tightening of the airway, an increased amount of phlegm production as lung cilia are paralysed, and persistent coughing (smoker’s cough.) The immediate effects on the cardiovascular system include an increased amount of triglycerides (bad fats) in the blood vessels, damaged blood vessel walls that allow plaque to form which hastens atherosclerosis, constriction of blood vessels that increases the risk of heart attack or stroke, and an increased resting heart rate after 30 minutes of smoking which increases heart stress. Nicotine use can lead to high blood pressure too.

Short-term impacts also include sinusitis as finger-like hairs in the sinus linings are frozen and allow mucus build-up, and rhinitis which is an inflammation of the inner lining of the nasal passages. Nicotine also contributes to lower absorption of micronutrients like vitamins C, E, and folic acid.

Long-term – Nicotine seriously damages the body over time. It is addictive as mentioned earlier. The chemical increases the risk of heart disease due to the compounding impact of the short-term effects like blood vessel constriction. Nicotine inhibits the release of insulin, and persistent high levels of glucose in the blood can damage the kidneys and heart. Nicotine contributes to lung cancer and mouth cancer, and causes premature aging because it lowers the functioning of antioxidants

Once addicted, a person will experience withdrawal symptoms with the sudden cessation of nicotine consumption. Physical symptoms include headache, fatigue, nausea, tingling in the hands and feet, coughing, sweating, intestinal cramping, weight gain, and insomnia.

Detection Period: Cotinine is the most widely used biomarker of nicotine intake. It can be measured in urine, the blood, saliva, nails, and hair. Cotinine remains in the system longer than nicotine. Whilst nicotine is usually eliminated within 24 hours, cotinine can remain detectable for 2 to 6 days, depending on how much nicotine was ingested. Cotinine only remains elevated in the blood for approximately 20 hours when it was ingested through second hand smoke.

The wide period is due to the fact that people metabolise nicotine at different speeds due to factors like age, genetics, estrogen levels, medical conditions, amount of nicotine ingested, and number of times tobacco products are used in a single day. When the National Health Measures Survey includes a blood test for cotinine to determine smoking status, cotinine levels of 140 nmo/L or greater indicates tobacco use.

Legal Status: All Governments in Australia have legislation in place that sets the legal age to buy cigarettes at 18 years old, but it is not illegal to use tobacco when younger than 18 years old. However, each state and territory has also established laws the prohibit smoking in specific places.

Other Information: Nicotine tests are administered for many reasons. Employers may have a stop-smoking program that employees voluntarily join and agree to be tested as an incentive. Testing is also done to qualify for lower rates on life insurance. Another reason is to settle legal cases, including to determine the extent of exposure to second-hand smoke. Yet another reason is to assess for acute nicotine poisoning, a rare occurrence.