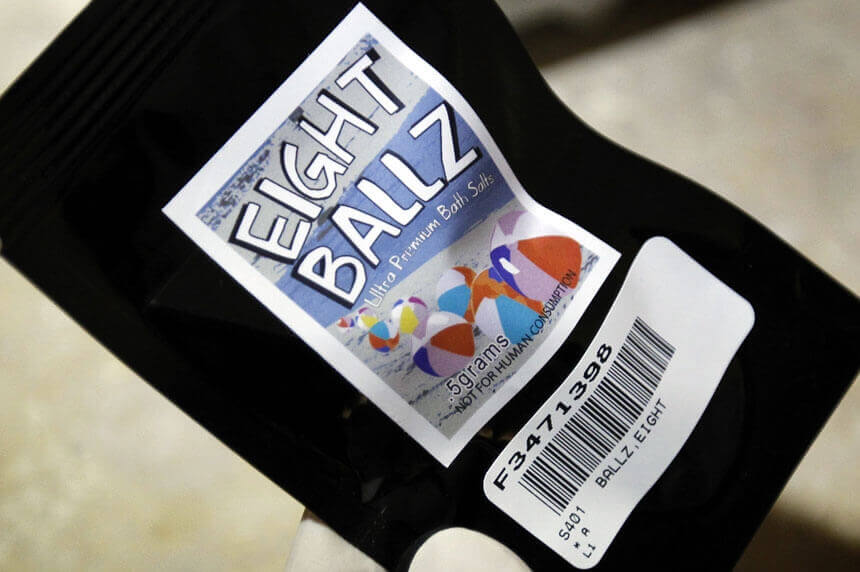 There are other generic terms for synthetic psychoactive substances besides bath salts. They include designer drugs, New Psychoactive Substances (NPS), New and Emerging Drugs (NEDs), and drug analogues. 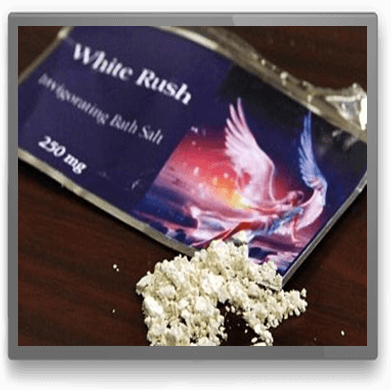 "Psychoactive bath salts" is a collective name for a group of designer or synthetic drugs. Though the various products called bath salts have different formulas, most have the common characteristics of being central nervous system stimulants that inhibit the norepinephrine-dopamine reuptake process and raise the level of the neurotransmitter dopamine.

The most common, but not the only, ingredient used is 3,4 Methylenedioxypyrovalerone (MDPV), which is structurally similar to Cathinone Derivatives and Methylenedioxymethamphetamine (MDMA). There are other synthetic drugs showing up in the marketplace that are also called bath salts. For example, the drug Alpha-PVP is a synthetic drug mimicking the effects of cocaine.

MDPV is an alkaloid found in Methamphetamine and the Khat plant (Catha edulis). The khat plant is a flowering plant that is native to the Arabian Peninsula and East Africa. Other stimulants found in bath salts include Pyrovalerone, Mephedrone and Methylone.

The drug is usually a white or brown crystalline powder that is swallowed, snorted, mixed with water and drunk, mixed with food and eaten, smoked or injected.
Health Effects:

MDVA acts like a stimulant that produces effects similar to Amphetamines, Cocaine, and Methylphenidate (used in drugs to treat ADHD, narcolepsy, and other medical conditions). People use this drug to create feelings of euphoria, heightened alertness, and increased energy. The initial euphoric psychological effects last approximately 3-4 hours. There are after effects that last from 6 to 8 hours and include mild stimulation, tachycardia, and hypertension.

Following are the primary effects felt or experienced by users of bath salts.

Routine onsite immunoassay tests do not detect MDPV, but the drug can be detected through laboratory testing. The urine sample must be collected in the workplace and sent to the lab for analysis. Mediscreen and CMM Technology work with NATA Accredited Laboratories that have the technology to detect MDPV and are able to offer screening and laboratory confirmation for the largest range of synthetic compounds known to exist in Australia.

The issue of legality of bath salts is complex because the drugs are made by creating new chemical compositions, usually with banned substances. In some cases, legal substances are used in illegal ways. Drug scheduling is legally a State matter, but all States look to the Commonwealth Standard for the Uniform Scheduling of Medicines and Poisons for guidance. The Schedule 9 drugs list includes a number of psychoactive substances that are prohibited unless used for purposes of research. Many of the substances are the synthetic drugs that mimic (even if not structurally identical) the effects of illicit drugs. MDPV was banned nationwide effective May 1, 2012.

It is up to each State to adopt legislation to specifically ban psychoactive synthetic substances, and Western Australia was one of the first states to ban MDPV under the Poisons Act 1964. It was included in Appendix A, Schedule 9 of the Poisons Act 1964, effective February 11, 2012. The law states that anyone caught possessing, supplying, selling, or intending to supply or sell, can face charges. The inclusion of possession makes this one of the strictest laws in the country. The fines are severe if found guilty of the charges. Anyone selling and supplying MDPV, or intending to do so, will face a $100,000 fine or 25 years in jail. A person using MDPV faces a $2,000 fine or two years in jail.

Other states have passed laws. For example, in September 2013, New South Wales adopted Schedule 9 of the Commonwealth Standard for the Uniform Scheduling of Medicines and Poisons, amending its own Drug Misuse and Trafficking Act to reflect the inclusion. The NSW government added 45 psychoactive substances to its list of prohibited substances, and they included cathinones. It also made analogues illegal, if they are closely related to a prohibited drug or plant on Schedule 1 of the Uniform Scheduling law. The Act now also makes it an offence to manufacture, supply, or advertise any psychoactive substance appearing on Schedule 9. It does not address possession so is not as strict as the Western Australia law.

All the States like Queensland and South Australia have either criminalised products mimicking illicit drugs or are in the process of doing so. In several cases, the States have banned some synthetic drugs but are preparing to widen the ban by adding more substances. It should be noted that the laws are constantly changing at the State and Commonwealth levels.

Bath salts are usually sold in small plastic or foil packages. The packages are identified by names like Bath Salts, Plant Food, Jewellery Cleaner, Phone Screen Cleaner, Glass Cleaner, and Stain Remover. They are frequently labelled "not for human consumption." The drug producers are likely to continue creating new and misleading names.

Traditionally, bath salts are sold in herbal stores and sex shops, but increasingly buyers are purchasing the drugs online.