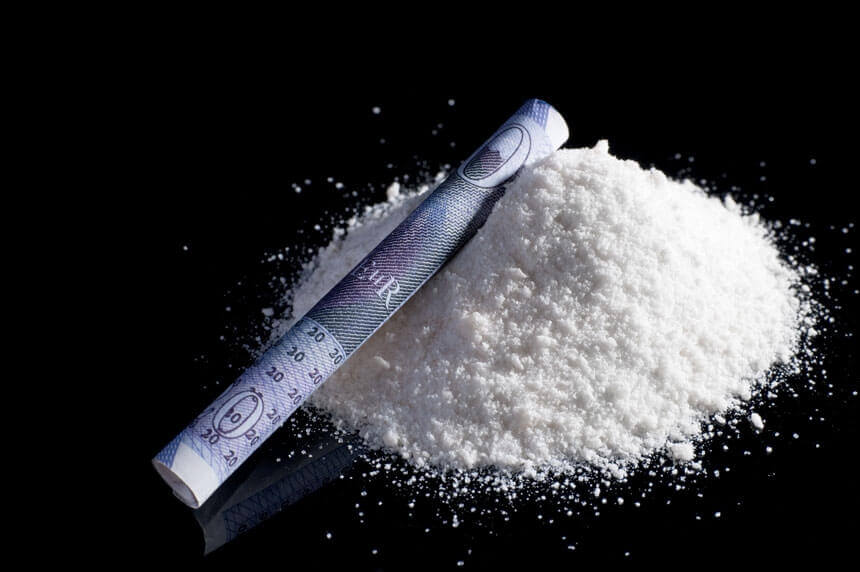 PCP was first developed as an intravenous dissociative anaesthetic in the 1950s. The drug’s side effects include delirium, hallucinations, and delirium, so the original manufacturer discontinued producing the drug in the 1960s. Ketamine, another popular street drug, was developed to replace PCP and was intended to be used as an anaesthetic in paediatric and veterinary medicine. PCP and ketamine are structurally similar and produce similar effects like the hallucinogenic drugs LSD, peyote, and psilocybin. Only veterinarians use PCP as an anaesthetic today and very rarely. PCP is one of the most powerful illegal hallucinogenic drugs.

PCP is made in clandestine laboratories, or it is obtained illegally from veterinary sources. During the manufacturing process, piperdine is reacted with cyclohexanone and cyanide to make piperidinocyclohexanecarbonitrile (PCC) and then reacted again with phenylmagnesium bromide to make PCP. There are over 30 PCP analogues available today. The PCP is usually mixed with dyes and sold as tablets, coloured powders, capsules, and liquid.

PCP works as an antagonist on the brain’s NMDA receptors which manage memory and synaptic activity. The drug blocks dopamine reuptake, leading to an elevated synaptic dopamine level and producing euphoria. It works primarily in the brain’s cortex and limbic structures and disrupts the functioning of the neurotransmitter glutamate receptors, which regulate pain, learning, emotion and memory. PCP was a common street drug in the 1970s and 1980s, when its use declined. However, it did not disappear and is returning to popularity in a form called “wet.”

Wet PCP is dissolved in liquid, and the liquid is used to saturate something like cigarette tobacco. The “wet” is actually a yellow oily tincture in which organic material is dipped. Materials like mint leaves are crushed and mixed with the tincture and sold in dime bags, or drug dealers sell the pre-dipped cigarettes or marijuana joints.

Angel dust, or the powdered form of PCP, remains largely out of use. However, powdered and liquid analogues are still found on the streets. The effects of PCP usually last 4 to 6 hours.

PCP is often mixed with other drugs like cocaine, crack cocaine and marijuana. Drugs are sometimes sold on the Australian streets as MDMA or ecstasy, when in fact they are a mixture of PCP and another drug.

PCP is a synthetic chemical manufactured in clandestine laboratories.

PCP is a white crystalline powder that is easily dissolved in water or alcohol. The liquid form ranges in colour from clear to tan, often having a yellowish tint. It is usually a PCP base dissolved in ether, which is highly inflammable. The tablets, capsules and coloured powder are often coloured from the use of dyes and range from light to dark brown. The consistency of PCO can also vary from powdery to a gummy-type mass. PCP is swallowed, snorted, injected, and smoked. To smoke the powder form, the PCP powder is sprinkled on parsley, oregano, mint, marijuana, or cigarette tobacco. PCP is manufactured in pill and capsule forms for easy swallowing. It is seldom injected.

The detection period varies based on the amount of the drug used and the physical characteristics of the user. The urine test can detect low to moderate PCP use for 1-7 days, but heavy use is detectable for 1 to 4 weeks. The saliva drug test can detect PCP for approximately 1 to 10 days.

PCP is a Schedule 9 – Prohibited Substance in Australia. The possession, using, manufacturing, or selling of PCP is illegal and considered a criminal offence. Each state and territory develops their own laws. In Western Australia it is against the law to possess, manufacture, supply, use or import hallucinogens that include PCP. The penalties range from a low of $2,000 fine and 2-year prison term to a high of $100,000 fine and imprisonment for 25 years. The actual fine and jail term depends on the circumstances of the offence.

One of the important points to remember about illicit drugs is that they frequently ebb and flow in popularity, but they seldom completely disappear.