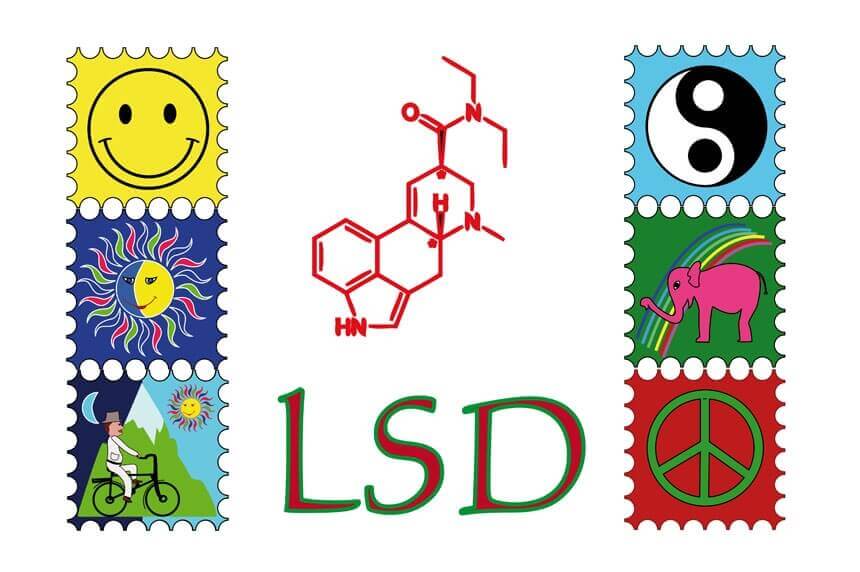 First synthesized in a laboratory in 1938, LSD is one of the most potent hallucinogenic drugs manufactured. It is made with lysergic acid that is mixed with an inactive substance that bulks up the acid and serves as the medium for drug delivery. LSD is first made as a crystal powder which is then turned into a hard form like pills and capsules or diluted as a liquid. The drug is odourless and colourless but does have a light bitter taste. It is a very powerful psychedelic drug that affects the mind and consciousness, and it does not take much to experience its effects. 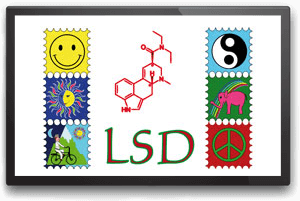 LSD is manufactured from lysergic acid extracted from the fungus ergot which grows on grains like rye.

LSD is sold in various forms. It may be a white powder but is usually converted to another form. Small tablets are called microdots. Gelatine squares, or LSD added to gelatine, are referred to as window panes. Loony Toons are small squares of absorbent paper soaked or dipped in LSD that are stamped with cartoon characters, smiley faces, or other cheerful designs. LSD is also available in liquid form and capsule form. The drug is sometimes added to sugar cubes. LSD is swallowed, sniffed, smoked, injected, and absorbed by placing an absorbent paper square on the tongue. The liquid can be rubbed into the skin, though this is not the common practice.

Since LSD is used in very small doses, it is quickly metabolized by the human system. Taken as a pill, capsule or microdot, it is detectable as a hallucinogenic in urine for 8-24 hours after use. It is detectable by a saliva test for 1-2 days. In the case of LSD, the sooner the test is conducted after chemical use, the more likely it will be detected.

LSD is an illegal drug in Australia. It is listed on Schedule 9 – Prohibited Substances. Schedule 9 substances are strictly prohibited except for government approved research purposes.

There are synthetic LSD-like hallucinogens appearing in the illicit drug market. The Australian federal government intends on banning four of the known substances advertised as N-Bomb, Smiles and Pandora. The synthetic drugs mimic the effect of LSD. The legislation will impose penalties that include fines and imprisonment for manufacturing, buying, or importing the synthetic LSD.