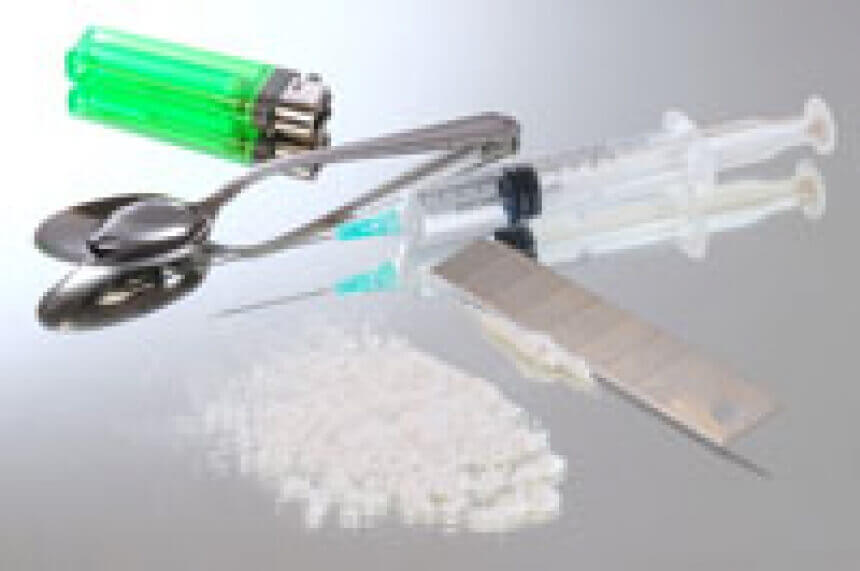 Heroin is a highly addictive opioid or narcotic analgesic drug that is derived from the morphine alkaloid, a substance extracted from the sap of the seed pod of the opium poppy plant. It is produced primarily in Asian countries, but is also manufactured in South America, China and Mexico. Opium is refined into a morphine base and then chemically reacted with acetic anhydride, which is the same chemical used to make camera film. The purpose of acetic anhydride is to make it easier for the drug to get to the parts of the brain that heroin is intended to influence. When someone uses heroin, it is turned back into morphine by the body.

The purest form of heroin is diamorphine and is white in colour. The manufacturing process turns the heroin into salt which is water soluble and easily injectable. White heroin is the most refined heroin, but it is also the most dangerous to produce since it requires the use of ether. One of the most confusing aspects of white heroin is that it is not always white in colour. The “white” refers to the process more than the colour. White heroin can be off-white, beige, pink, and shades of brown, depending on the chemicals and additives used in the “cooking” process.

There are other types of heroin that are not as pure as white heroin. Heroin can vary in colour, and the colour depends on the chemical process and type of chemicals used. Less refined heroin is brown heroin. Brown heroin is a base or alkaloid and not a salt, so it does not dissolve in water as well as white heroin. Brown heroin also burns slower so it works better for smoking heroin. “Black tar” heroin is black or brown, and its name comes from its appearance and consistency and not the heroin content.

Often, heroin is cut with additives like caffeine, sugar, powdered milk, starch or quinine. Street heroin has been known to be cut with strychnine and other poisons. There is no way for the user to know how much heroin is actually in the contents.

Heroin is highly addictive. The drug mimics endorphins which are natural pain-killing substances the body produces. Heroin enters the brain, is converted back to morphine, and binds to opioid receptors in the brain, brain stem, and the body that are meant for endorphins. These receptors are the ones involved in pain perception and in reward. The binding process enhances the painkilling effect and leads to a pleasurable sensation called a “rush.” The brain stem controls automatic life processes like blood pressure, respiration, and arousal.

Heroin is made from the resin of opium poppy plants. The pod of the poppy flower is sliced to remove the milky opium that looks like sap. The opium is then refined to make morphine which is manufactured into heroin. The black market heroin is often not pure because it has contaminants that are left in the product during the refinement process.

Pure heroin is a white powder, but additives may turn the white colour rose grey or pink, brown or black. It may also be in the form of coarse granules or small pieces of light brown “rock.” Heroin is injected, inhaled by sniffing or snorting, and smoked. It has also been used as a suppository. Injections are intravenous or intra-muscular.

Heroin is an illegal drug in Australia. It is a Schedule 9 Prohibited Substance that may only be used for permitted research projects. Federal laws provide penalties for possessing, making, using, or selling heroin. Western Australia has also made it illegal to use, possess, manufacture or supply heroin. Possession offences are subject to a $2,000 fine and/or 2 years in prison. Supply offences are subject to a maximum $100,000 fine and/or 25 years in prison.

Whilst many illicit drugs can be assigned demographics, heroin is a drug that is used by people of all ages and economic means. No assumptions should be made based on gender, age, social status, or economic status as to who is using heroin.

Some drug users mix heroin with Benzodiazepenes, Alcohol, or other depressants which can magnify the suppression of the heart and respiratory system.