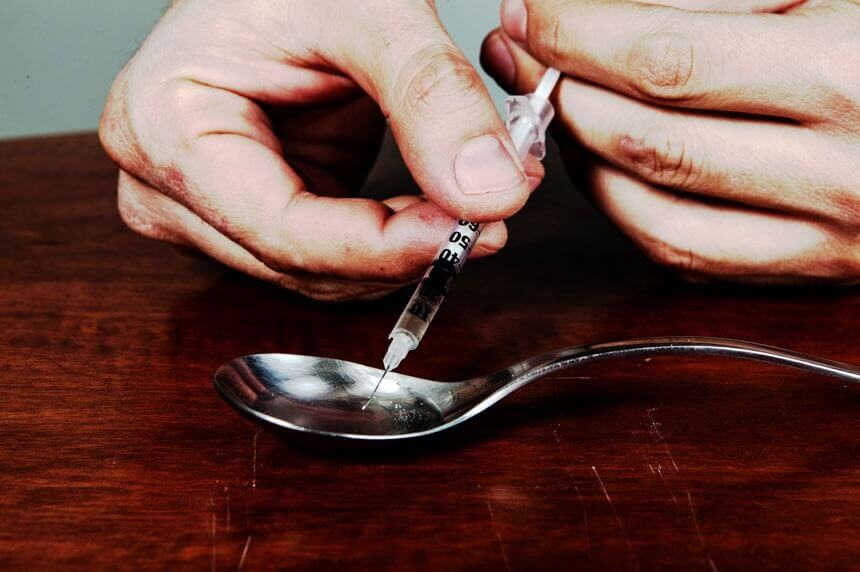 Description: Fentanyl is a synthetic opioid analgesic that binds to the µ-opiate receptors in the brain. These are the receptors controlling pain and emotions. When fentanyl binds to the receptors, dopamine levels are increased, producing a state of euphoria. It is a depressant chemical that in prescription form is used to control chronic and severe paid due to illness or injury.

Source: Fentanyl is legally synthesized or chemically manufactured in a lab as a medically active drug. It is illegally made in clandestine labs and mixed with heroin in powder form.

Forms: Fentanyl is manufactured in various forms and strengths. The primary forms are IV injection known as the drug Sublimaze®; lozenges or lollipops known as the drug Actiq®; and transdermal patches knows as the drug Durogesic®. There are also generic forms of the transdermal patches. Transdermal patches, the most common form of fentanyl, are worn on the skin to provide consistent pain relief over a 72-hour period. The lozenges are prescribed for sudden or breakthrough pain for patients already taking regular opiates. The IV solution is used for sedation and pain relief during minor surgery

Illicit forms of fentanyl include a light yellow powder called ‘White Persian.’ Another form is thin cardboard pieces impregnated with fentanyl, and called ‘paper trips.’ Fentanyl is also illegally extracted from the patch and injected.

Acute – People can experience a variety of side effects while using fentanyl. The specific effects depend on factors like the person’s size and weight, and the amount and strength of the fentanyl. Effects include pain relief, vomiting, nausea, diarrhoea or constipation, sedation, reduced appetite, indigestion, fatigue, dizziness, headaches, speech difficulties, impaired balance, lowered blood pressure, slow pulse, and rash.

Withdrawing from fentanyl takes approximately a week, during which the person will experience a variety of symptoms. Some are mild like goose bumps, yawning, sneezing, watery eyes, and runny nose. Others are more stressful and include insomnia, irritability, vomiting, nausea, diarrhoea, pains in the muscles and bones, increased blood pressure, increased heart rate, general weakness, and depression.

Long-Term – Persistent use of fentanyl can cause a number of long term effects. They include constipation, mood swings, reduced libido, respiratory problems, and menstrual problems. Severe reactions to fentanyl include chest pain, slowed breathing, seizures, unconsciousness, coma, and death.

Street drug dealers have used fentanyl to cut heroin which is a very dangerous combination. Heroin cut with fentanyl produces an intense high, but it also increases the risk of death due to overdose. Sudden death can occur due to cardiac arrest or respiratory failure.

Detection Period: Fentanyl will not be detected by the conventional testing equipment that screens for opioid classes. Most of fentanyl is metabolized, so it is   norfentanyl and desproprionyl fentanyl metabolites that are primarily excreted in urine. Testing for fentanyl requires a specific immunoassay kit for screening. Urine screening kits are used that detect the parent compound with a cut-off of 2ng/mL. Some testing kits will also detect the metabolites. Detection time is dependent on the amount of fentanyl consumed and the particular screening method uses. The parent drug is detectable for 1-2 days. The metabolite norfentanyl is detectable for up to 4 days.

Legal Status: Fentanyl is a Schedule 8 Drug (Drugs of Addiction) per the Standard for the Uniform Scheduling of Medicines and Poisons. It must be prescribed, and the prescription is valid for six months at a time.

Other Information: There are many fentanyl derivatives that have a stronger effect on the µ-opiate receptor, but they are not detectable by any drug screening kits. Using fentanyl with alcohol, anti-depressants, or benzodiazepines can lead to severe problems like a depressed respiratory system. Naloxone is an opiate receptor antagonist which can block the effects of opiate drugs. If someone overdoses on fentanyl, administering naloxone can block some of fentanyl’s action and reverse respiratory depression.