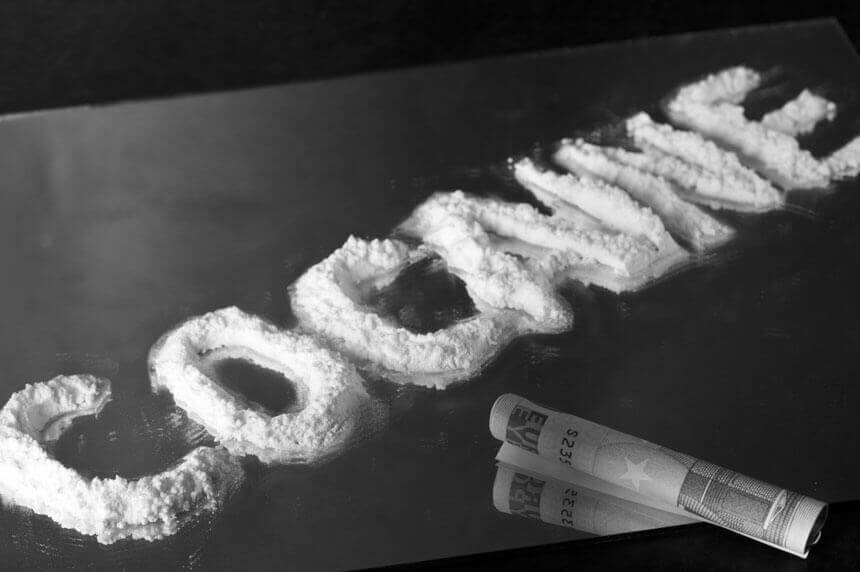 Cocaine is a psychoactive, stimulant drug that is highly addictive. It is an alkaloid which is chemically a salt (cocaine hydrochloride).

Numerous research studies investigating how cocaine impacts the brain and leads to addiction has produced highly detailed explanations. The ventral tegmental (VTA) nerve fibres in the midbrain extend to the part of the brain that manages reward or the nucleus accumbens. Normally, the neurotransmitter dopamine is released during “rewards” like eating or having sex and travels across synapses (gaps between nerve cells) to the nucleus accumbens. The dopamine binds to dopamine receptors, another type of neuron, sends a signal which increases neural activity, and is subsequently removed. Cocaine works in the VTA region of the brain, interfering in the binding-release process. It effectively blocks the removal of the dopamine, thus amplifying signals or neural activity. This increases drug tolerance because it takes more and more of the drug to achieve the same level of “reward” or feelings of pleasure.

Cocaine users describe its effects as feelings of euphoria, reduced fatigue, increased energy, and greater mental alertness. They often become talkative. The drug lessens feelings of hunger and reduces the need for sleep. Though often pleasurable in the early stages of use, its addictive nature means people develop a tolerance, and the feelings of pleasure decline. This may lead to increases in the dose amount whilst trying to experience the same level of pleasure. However, some people become more sensitive to the effects of cocaine and do not have to increase the dosage. 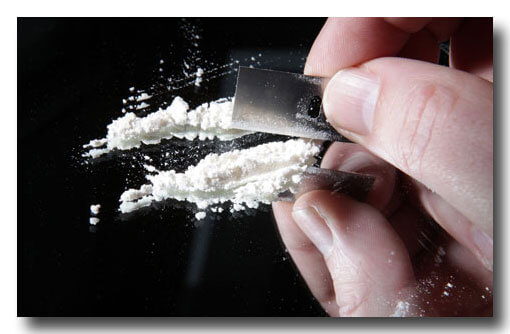 Some cocaine users will use the drug on a binge. A binge is when the drug is taken repeatedly and each dose is higher in pursuit of the “high.”

Cocaine (C17H21NO4) is extracted from the leaf of the Erythroxylon, a coca plant. The plant is native to South America.

There are two forms of cocaine: powder and crystalline. The powder form is ingested in three ways. The first way is through the nose (snorted), and the drug is absorbed through the nasal tissue. The second way cocaine powder is used is by dissolving it in water and injecting it with a needle directly into the bloodstream. Much less frequently, cocaine is ingested by dissolving it in water and taking it by mouth.

“Crack” cocaine is a cocaine product made from powder cocaine in a way that produces a crystal rock form. The powder is usually dissolved in water and baking soda (sodium bicarbonate), boiled, and cooled. The purpose is to free the base cocaine from the hydrochloride (salt). The solids that separate during the process are then cut up into “rocks.” The rocks are smoked used a small glass pipe which has the nickname “straight shooter.” Heat is applied to the rock from below which produces a vapour that is inhaled.

Cocaine is a Schedule 8 drug in Australia. Schedule 8 drugs are called Controlled Drugs and are drugs of dependence. They can be legally prescribed or used by physicians and veterinarians. Most medicines containing cocaine are used in the medical centres, and people are not handed prescriptions for “cocaine pills.” Possession of cocaine is illegal without a prescription.

Western Australia follows the federal laws for Schedule 8 drugs. Without a prescription, the drug is considered illicit. It is illegal to possess, use, manufacture, cultivate, or supply an illicit drug. Possession offences are subject to a $2,000 fine and/or 2 years in prison. Supply offences are subject to a maximum $100,000 fine and/or 25 years in prison.

Injecting or smoking cocaine produces a quicker “high” than snorting or inhaling the drug. The drug is delivered more rapidly to the bloodstream and the brain. However, the euphoric high from inhaling cocaine usually lasts longer than the high from smoking cocaine. Smoking cocaine delivers an intense 5-10 minute high, whilst inhaling cocaine can produce effects that last 15-30 minutes. The short time timeframe often leads to repeated use and eventual bingeing.