Common name for a group of drugs that include, but is not limited to:

Please Note: Meth and MDMA are described in detail on individual info pages.

The term “club drugs” (referring to GHB, ketamine, and Flunitrazepam for this description) is a collective name for a group of pharmacologically heterogeneous drugs that are commonly used by teenagers and young adults at clubs, parties, and concerts. They are particularly popular at “Raves” which are all-night events with pounding music and flashing lights that enhance the effect of the drugs. 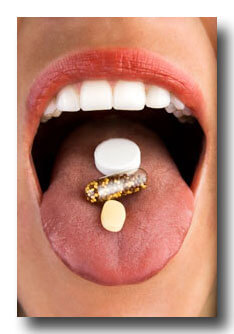 GHB is produced naturally by the body in very small quantities, and it only takes as little as one-half gram to render a person incapable of controlled physical and mental reactions. It gives a person a “rush” within minutes, but the effects may last for 3-6 hours. The drug can be added to a liquid and is odourless and colourless.

Ketamine is a dissociative general anaesthetic that is commonly used in veterinary medicine. The street Ketamine has usually been stolen or illegally purchased. The dissociative characteristic refers to the fact it makes the user feel detached from surroundings and their own body. It is called “conscious sedation.” The effects may last for approximately an hour. The liquid or power can be mixed with a liquid and is odourless, colourless, and tasteless. There are known cases of people injecting the liquid and snorting or smoking the powder.

Flunitrazepam, sold under various brand names, is prescribed as a sleeping pill where legal. It is also used as a sedative. The drug’s effects begin as quickly as 30 minutes after ingestion, peak at 2 hours, and can continue for up to another 8-12 hours. Like GHB and Ketamine, it causes loss of mental and physical control, making the person appear drunk. The pills can be easily dissolved in water, and no one can tell since it is odourless, colourless, and tasteless.

GHB and Rohypnol are sometimes referred to as “date rape drugs” because they have been used to commit drug-assisted assaults. The drugs sedate and incapacitate victims. Since they cannot be detected with the senses, it makes it easy to slip these drugs into an unsuspecting person’s drink.

It is also against the law to be in possession of a Schedule 8 controlled substance without a proper prescription.