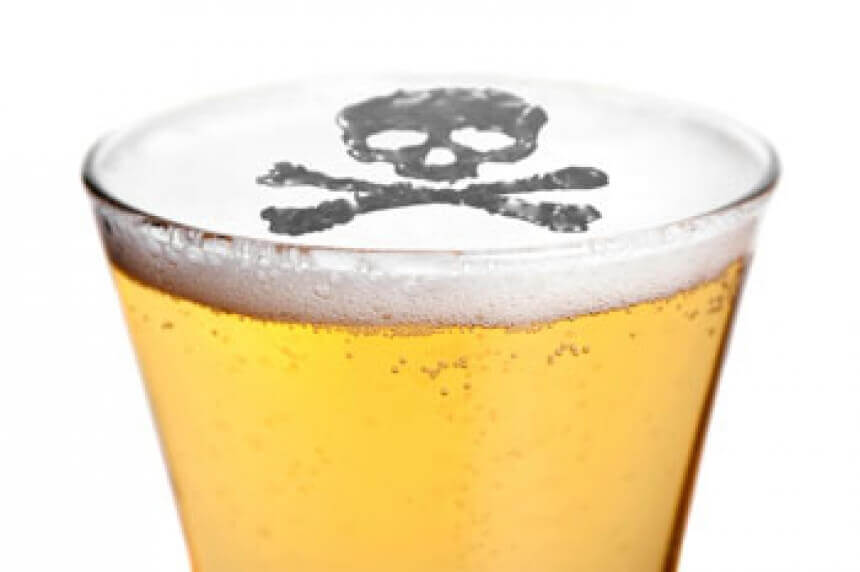 Description: Alcohol is ethanol. Chemically it is an organic compound with a molecule containing one or more hydroxyl groups attached to a carbon atom. It is a colourless, volatile liquid that is flammable. Many people think of alcohol as being a stimulant, but alcohol is a depressant drug, meaning it slows the central nervous system.

Neurotransmitters are chemical messengers transmitting signals in the brain and throughout the body. These signals control emotions, thought processes, and behaviour. Alcohol stimulates the inhibitory neurotransmitter GABA which means alcohol decreases brain signalling. It also inhibits the excitatory neurotransmitter glutamate and increases the amount of dopamine in the brain. These activities explain why people who drink too much alcohol have slurred speech and sluggish movements, but feel pleasure when drinking. 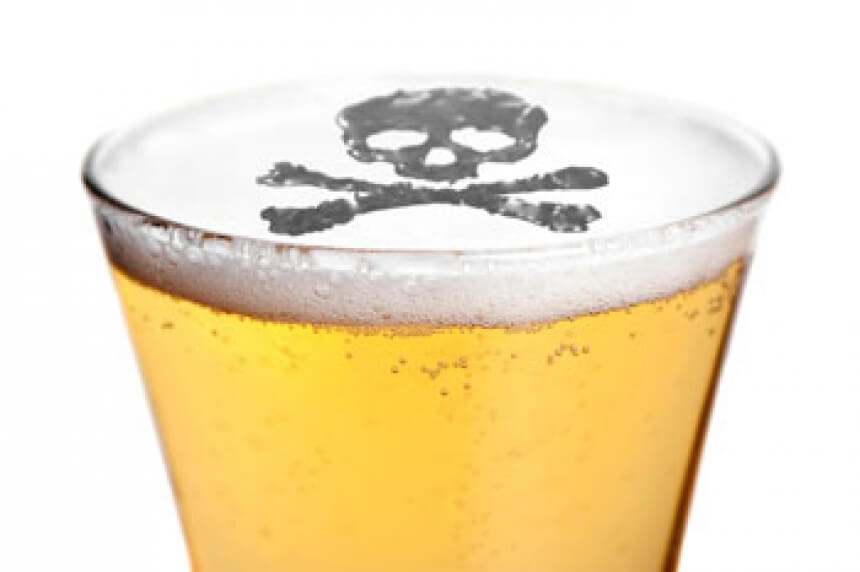 As the blood alcohol content (BAC) is increased, different parts of the brain are impacted. At the lowest level, the cerebral cortex is impacted, and the person feels less inhibited, experiences slower information processing, and has difficulty thinking clearly. At the next stage the cerebellum is impacted which impacts movement and balance. Continuing to increase BAC will lead to the alcohol affecting the hypothalamus and pituitary brain segments which control the release of hormones and automatic brain functions. The alcohol user with a high BAC will experience sleepiness because the alcohol acts on the medulla. If too much alcohol is consumed, breathing may slow and the body temperature lowered.

After drinking alcohol, approximately 20 percent is absorbed through the stomach, and the remaining alcohol is absorbed through the small intestine. Some alcohol is carried to the liver by the bloodstream. The liver metabolises the alcohol, converting it to a nontoxic substance. The liver can only work at a certain speed, so alcohol remains in the bloodstream until the liver is able to complete its work. This explains why the intensity of the impact on the body from alcohol is directly related to the amount of alcohol consumed.

Source: Drinking alcohol or beverage alcohol is ethanol or ethyl alcohol. Ethanol is produced through the fermentation of carbohydrates like sugar in fruit or grains by using yeast to convert the sugar into energy. Ethanol is one waste product of the process. The alcohol is drunk as wine or beer or is distilled to increase alcohol concentration and remove impurities. Alcohol is purchased or home brewed.

Legal Status: The laws regulating the sale and consumption of alcohol vary between the territories and states in Australia. In Western Australia, the Liquor Control Act (1988) regulates the sale, supply and consumption of alcohol. It is illegal for anyone under the age of 18 to drink in restaurants, pubs, nightclubs or other licensed premises. It is also illegal to possess or bring alcohol onto licensed premises. It is an offence for any person to drink in public. It is an offence to drive when the BAC is .05 or higher.