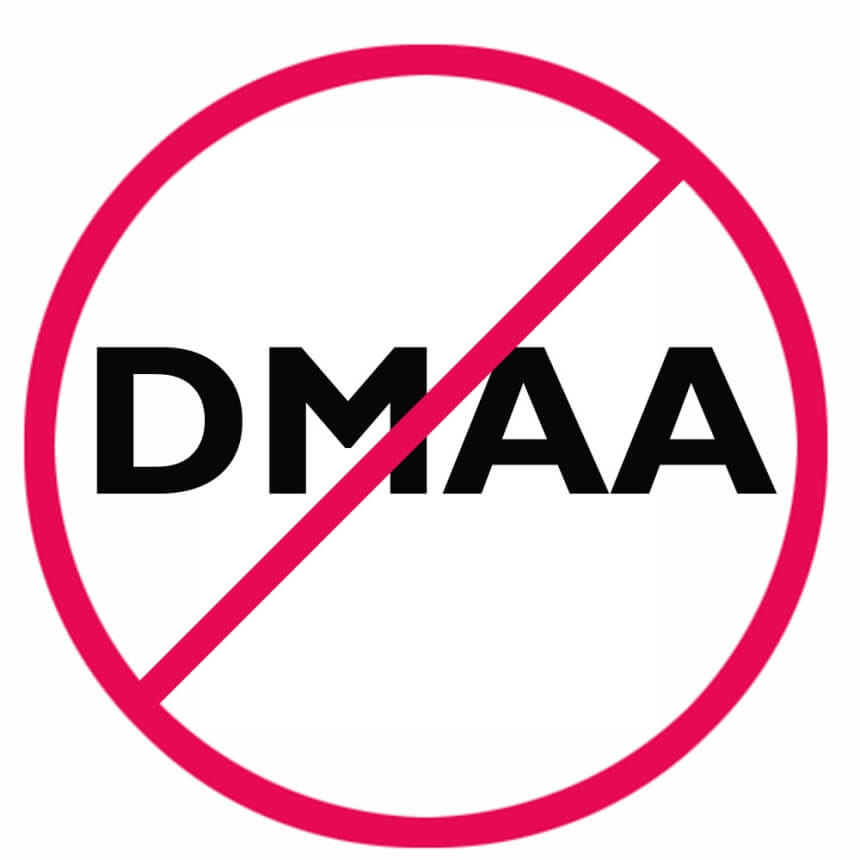 What if it was possible to use a plant extract or synthetic version of the extract in supplement form and experience a sudden burst of energy, greater mental acuity and a heightened sense of well-being and happiness? What if it could also help you lose weight? It would be touted as a miracle health supplement, and that is exactly what occurred with 1,3 dimethylamylamine (DMAA). DMAA has been used in a number of weight loss products and bodybuilding or pre-exercise supplements with the claim it can increase energy and burn fat.

As it turned out, DMAA was not quite the natural miracle supplement it claimed to be, but it certainly is a stimulant. The natural form of DMAA is extracted from the oil in the stems and leaves of geraniums, but synthetic versions have been manufactured in laboratories. Until recently, it was legal, but incident reports and medical research led to the conclusion it is an unsafe additive to sports nutritional products. DMAA is now banned by a number of sporting bodies. For example, the World Anti-Doping Agency banned DMAA use by athletes because it is a performance enhancer.

As of June 2012, most legitimate nutritional supplement manufacturers stopped using DMAA. On August 8, 2012, the Australian Therapeutic Goods Administration (TGA) added DMAA to Appendix C of the Standard for the Uniform Scheduling of Medicines and Poisons (SUSMP). Appendix C lists medicines and poisons that are prohibited from sale, supply or use because of known potential harm.1

Though DMAA is a nutritional supplement, there are several issues concerning the workplace, which is true for most chemicals ingested by humans. First, DMAA can produce serious and sometimes life threatening side effects. The most consequential side effect is vasoconstriction, which sets off a chain reaction in the body. DMAA can elevate blood pressure, cause shortness of breath or vomiting, trigger a heart attack, cause tightening in the chest, lead to nervous system problems and promote psychiatric disorders. DMA is also been used as a recreational substance (‘party pill’) because it can produce an adrenaline-like high, and there have been cases of DMAA mixed with alcohol causing cerebral haemorrhage and stroke.

In deciding to include DMAA on Schedule C of SUSMP, the committee noted that DMAA can induce a psychoactive effect, is promoted as a party drug and sports supplement, causes a number of physical and neurological effects, and has a high potential for misuse or abuse.2 Medical research has not conclusively proven how DMAA causes these physical and mental reactions, or even if the dietary supplement is involved in some deaths, but there have been enough adverse medical events directly linked to DMAA usage to lead to its ban.

A second issue concerning DMAA and the workplace is that DMAA use has led to positive drug test results. In fact, it sometimes tests as an amphetamine because it has a similar chemical structure. That is good news because DMAA falls within the category of synthetic drugs. Synthetic drugs are manufactured in laboratories. In the past, there has been discussion about synthetic drugs that mimic recognised illicit drugs, but have a slightly changed chemical formulation. This is a growing problem in Australia because every formula change impacts how the drug is processed by the body. Though DMAA was legal in the past, an employee who tests positive for DMAA is a health and safety risk because the person has taken enough of it to produce drug results. The psychoactive effects of DMAA are a serious concern.

Though DMAA is now banned, it remains a problem because people continue to use the products they already bought. In the workplace, the mixture of DMAA and alcohol can produce many of the same effects as amphetamines, thus presenting a safety risk. This is yet another important reason why alcohol testing is every bit as important as drug testing.

Until August 8 of this year (2012), both DMAA and alcohol were legal, but their combination can produce results that impact a worker’s ability to perform job tasks. Diligent adherence to alcohol and drug testing becomes more critical every day as the drug manufacturers develop chemical formulas designed to enhance physical or mental performance or produce a mental high. It is impossible not to wonder why so many Australians feel the need to get high, but they do. As a result, employers must work ever harder to maintain a drug free workplace.