White Collar Jobs Can Be Dangerous Too When Alcohol is Involved 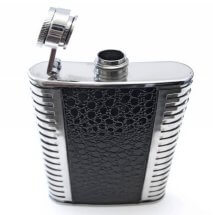 Many alcohol testing programs focus on blue collar workers because they hold the type of jobs where more serious injuries can occur. Yet white collar workers can get injured on the job too costing employers thousands of dollars in lost productivity, and higher insurance premiums in addition to increasing risk of co-worker injuries. Unfortunately, alcohol is so embedded in Australian culture that a couple of drinks during lunch or with a customer are often viewed as harmless.

When you talk to a non-drinker, their viewpoint usually runs along the lines that alcohol is a mind numbing drug to be avoided if you want to keep your wits about you. Talk to a drinker and the viewpoint does a complete 360 degree turnaround. Alcohol is associated with entertainment or time spent relaxing with friends. Who is right?

The truth is that irresponsible drinking takes a toll whether you are at home or work. However, when at work the risky alcohol consumption puts more than the drinker at risk of injury. The co-workers are placed at higher risk of injury also, and that’s true for white collars workers as well as blue collar employees. Australians tend to overlook the possibilities of injuries due to lunch time or business meeting drinking because the statistics show that people in white collar jobs have the lowest risk of injury compared to those who do physical labour.

Knowing that fact is important, but it’s only part of the story. For example, approximately half of all injuries at work require the employee to take time off. The most common injury for white collar workers is musculoskeletal related due to repetitive and other types of strains. On the list of common causes of workplace injuries due to poor handling, moving items, vehicle accidents, machine misuse and falls.1 Each of these types of accidents has a higher chance of occurring when an employee uses alcohol during work hours.

It may be humorous to read that a salesman stapled his thumb after a couple of drinks with a client during lunch.  It might make you shake your head to read a manager caught his tie in the shredder and began choking.  It’s not so humorous when the supervisor falls and breaks her hip. In reality, none of these injuries are funny because they are events causing injuries that lead to time off work and a need for medical treatment.

People tend to underestimate the effects of alcohol, and believe that drinking does not impact their performance. The Deputy Director of the National Centre for Education and Training on Addiction did a study and found that approximately 9 percent of workers use alcohol while working. Of these 9 percent, only 5.6 percent believed they were under the influence of alcohol.2

A worker may not feel under the influence with a .05 blood alcohol content (BAC) yet cognitive and physical performance can be impacted. Recent studies have also demonstrated that drinking in social settings impairs executive cognition functioning leading to impulsiveness which includes driving while under the influence.3Consumption of less than 2 standard alcoholic drinks increases the risk of injury. The more a person raises their blood alcohol level, the faster their cognitive functioning and psychomotor performance decreases. Driving ability is impaired at .05 BAC which can be reached after only 2 or 3 drinks. In addition, those who have a .05 BAC that also are injured can expect to experience a more serious injury.4

In other words, the simple shredder can become a weapon for self-inflicted harm when an employee is unable to process even simple information to make good decisions (like turning off the equipment quickly.) Office workers under the influence of alcohol can experience serious injuries inside the office from slip and falls, walking into desks or equipment, lacerations due to using sharp office instruments carelessly, back injuries from lifting heavy boxes incorrectly, hitting a head on equipment, burns from improper chemical use and so on. In other words, it’s tempting to believe that white collar workers are safe from serious injuries and it’s not true.

In addition, only a few drinks can lead to detectable memory impairments. When office workers drink during lunch, they will also begin to feel fatigued as the effects of alcohol wear off. Alcohol is a depressant and not a stimulant.

Given the attitude towards alcohol in Australia, it’s not surprising that studies have indicated 1 out of every 10 employees use alcohol at work. With growing awareness of the effects of alcohol on all workers more traditional white collar employers like health and financial service businesses are doing alcohol and drug testing. Testing is done in conjunction with policies and procedures that promote and enforce an alcohol free workplace.